Shopping Cart
Your Cart is Empty
Quantity:
Subtotal
Taxes
Shipping
Total
There was an error with PayPalClick here to try again

Thank you for your business!You should be receiving an order confirmation from Paypal shortly.Exit Shopping Cart

This spring Gainsborough and District Wildfowling Association held its second annual "Introduction to Field Sports" day for juniors. The event came about when some members expressed concern that fewer children were entering the sport. Access to the countryside and field sports can be quite difficult for those not actually involved and there is also a myth that it is only for the wealthy and elite. It was time to get some children away from the computer games, show them the excitement of the countryside and get them wet and muddy in a safe and regulated environment.

Thirty-four 10-15 year-olds took part in an activity-packed day. To emphasise the need for strict safe conduct the children watched a demonstration of what a shotgun can do to a melon. The team leaders then escorted their group around each activity in turn. 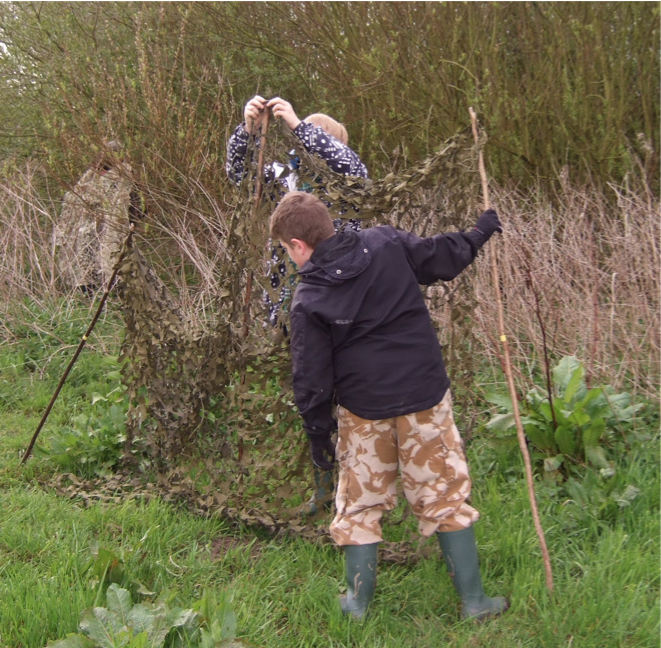 At the hide-making the children were given an exciting talk on camouflage, why they need it, what birds see and essential equipment to take for a safe day out. After this they were given various poles, sticks and camo netting to have a go at building a hide. An excellent talk on gundog training, followed by a demonstration, showed the different breeds and styles of hunting and explained why picking up is so essential. This was intermixed with dog handling and obedience demonstrations along with various retrieves. 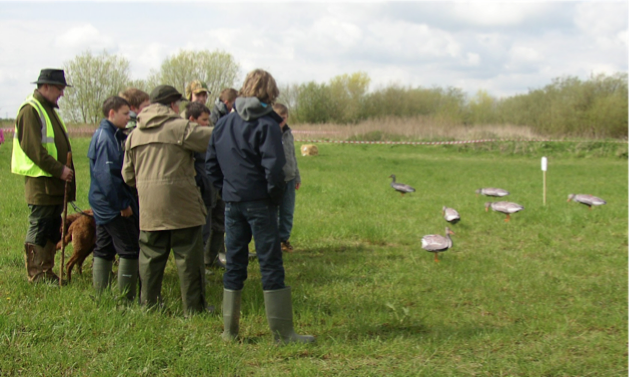 Twelve varieties of decoy were arranged around the flight pond, varying from crows to geese to wigeon. Not everything was legal quarry and , following a talk on species, the children were challenged to identify them and guess the distance, which was confirmed (or not) with a range finder. 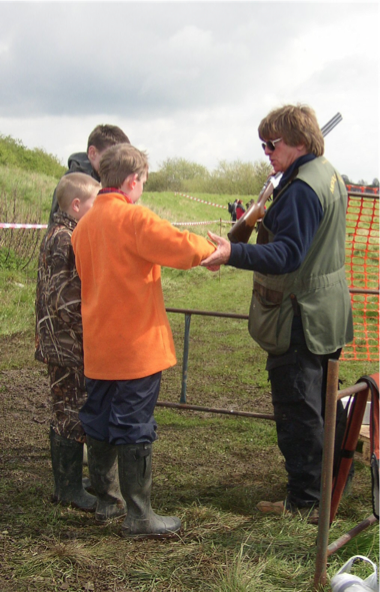 The clay shooting proved to be one of the most popular events with two professional coaches guiding the children on gun safety and training them to hit the clays. The instructors’ skill and enthusiasm were well received and most children were dusting clays in no time. Equally popular were the air rifle ranges where, under the guidance of the coaches, the children produced some excellent scores and grouping. 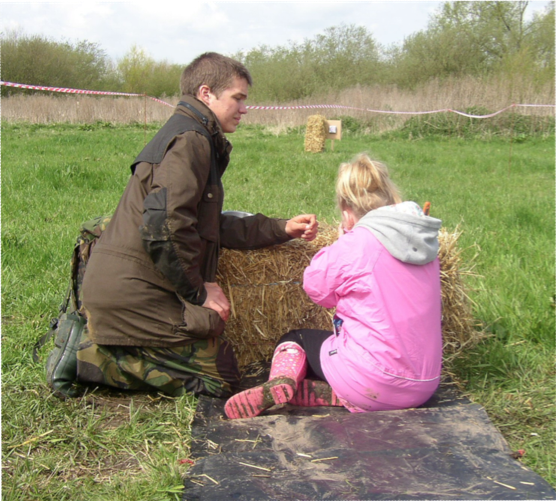 The day ended with a prize-giving session; trophies were awarded to the children who had scored highest on the day based on skill and enthusiasm. For the second year running the highest air rifle score went to a girl who had never fired an air rifle before. All the children's name badges went into a raffle, the winners being given the opportunity to go out on an evening flight on the marsh or a day’s ferreting. 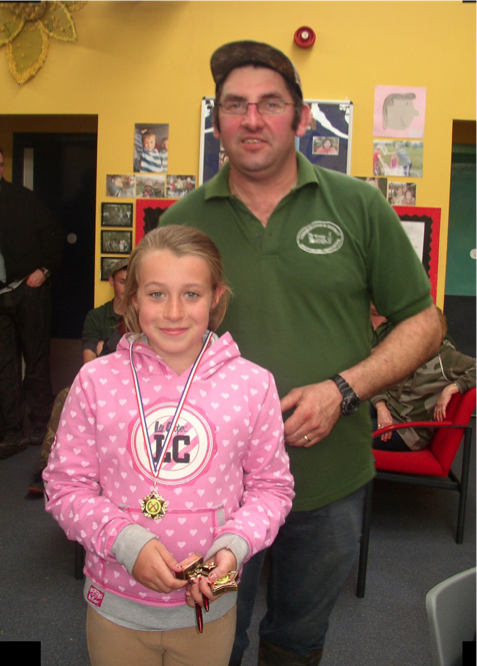 The aim was to introduce field sports to children and show them that the opportunities are out there for all to enjoy. From feedback it appears that this was successful and would not have been possible without the support from so many people, to whom GADWA would like to give a very big thank-you.